On November 15, 2013, Imperial Golf Club celebrated its fortieth anniversary, making it one of the older clubs in Naples, Florida. Having been established in what was then considered rural and remote from downtown Naples, it is now in the center of the population. This is the history of the Imperial Golf Club as told by former members and directors. 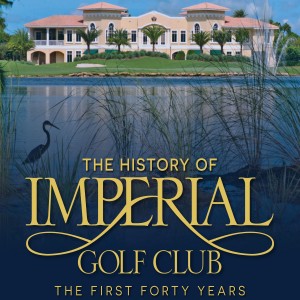