Among the northern-tier towns of the Nebraska Panhandle is Rushville, a small ranching community of less than a thousand souls. But in this town something amazing happened . . . through the game of baseball.

Extra Innings is the multi-generational story of two stingy rancher brothers who turned their wealth into gifts for their community, including the best ball field in western Nebraska. It’s also the story of a town businessman who took that field and made it a nationally known training school and tryout camp for Major League Baseball. And it’s the story of a native son-made-good who took that legacy and led his hometown to restore the glory of the ball park, just in time for its diamond anniversary.

Every town has a baseball field, but none quite like Modisett Ball Park—one of the most storied and unusual “field of dreams” in Nebraska. 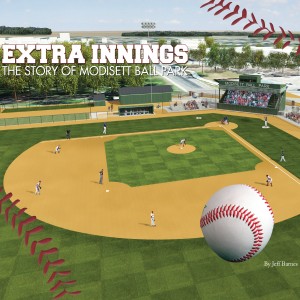