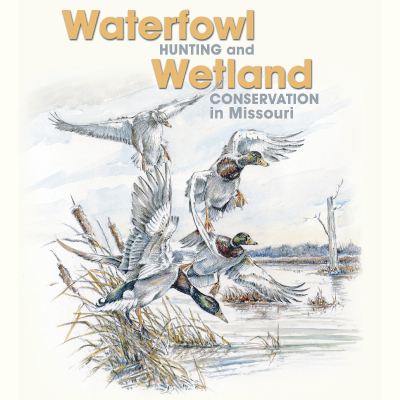 Click the image to see a preview of the book!

The annual migration of American waterfowl – it was one of the great natural spectacles in the New Work, rivaling even the Passenger Pigeon in its scope and drama. And we almost lost it. In the opening years of the twentieth century, the flocks that had once darkened the skies dwindled to almost nothing, and many of the naturalists who watched the decline predicted that other species of wildfowl were about to follow the Labrador Duck into oblivion.

The recovery of the continent’s ducks and geese is, perhaps, the greatest conservation success in history. It was a miracle, really, a miracle worked by generations of wildlife professionals and hunters who simply refused to the birds go.

Many of the leaders of the effort were Missourians. They expanded our understanding of waterfowl, the pioneered ways to improve food and cover, the devised new approaches to manage hunting, and, along the way, they invented new ways to fund conservation.

This is the story of what they did and how they did it, a story of passion and persistence, the Missouri Model of Waterfowl Conservation.