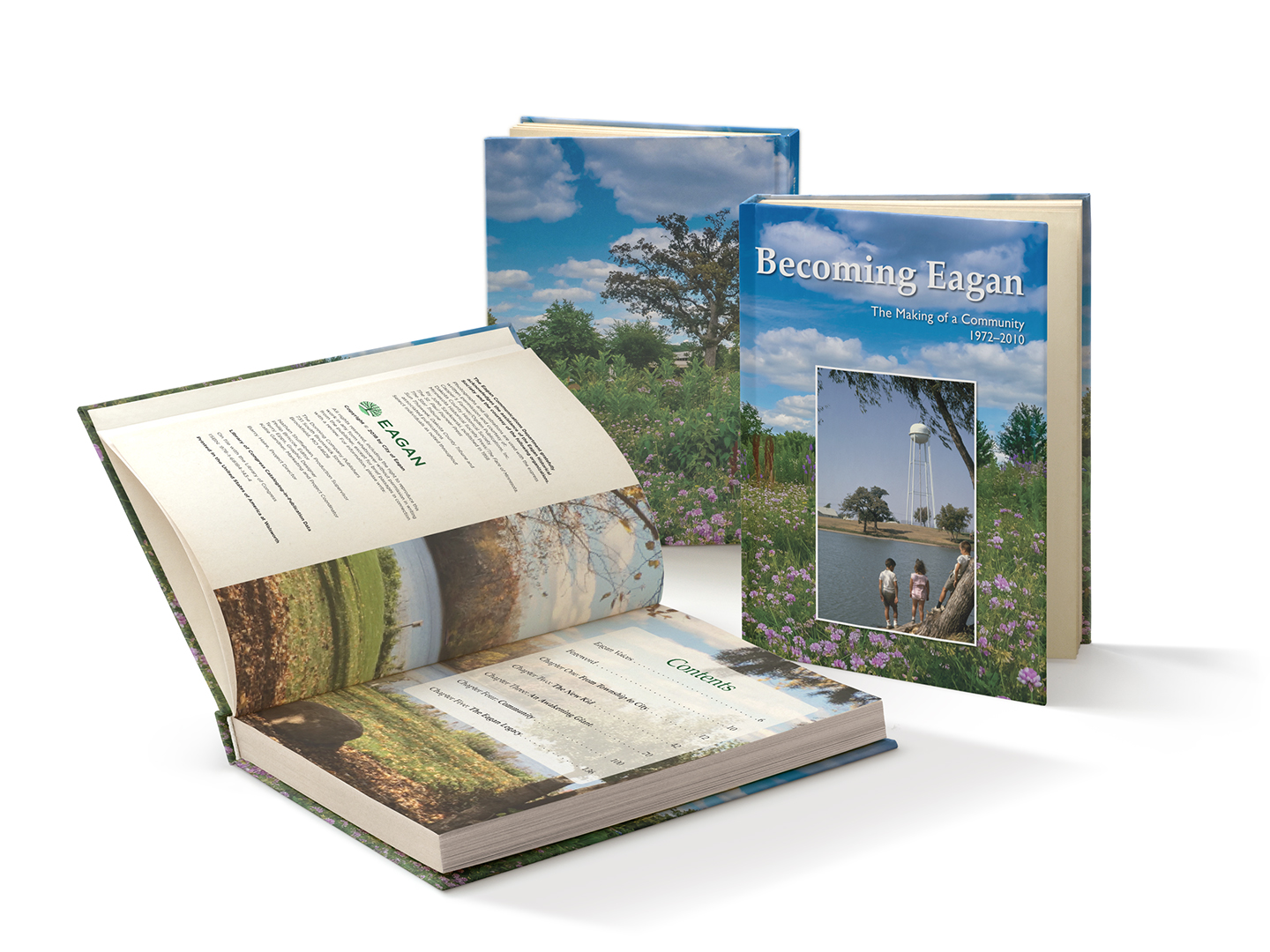 Becoming Eagan is the story of how a tiny township emerged to become a nationally recognized city and Minnesota’s 8th largest community; Before the Minnesota Vikings football team moved here, before Eagan became a major location for corporations and retail, this book is the prequel—in photos and personal accounts—of the decisions and actions that helped us become Eagan, regularly named one of the best cities in America to live.

Here readers can rediscover Pilot Knob Road before there was much traffic, learn the stories of the first women selected as police officers and firefighters and elected as justice of the peace, city clerk, and mayor.

Learn of some of the fateful forks in the road that helped define the community and amenities we have today from its parks system, to its trees and transportation.