Most were young, some too young to volunteer at age 15, and a few were older, in their forties. They held every rank, from private to general, but most of them were privates. Some were wounded in battle, some were captured, more than four dozen died in uniform, and nearly all of them spent some time in army hospitals suffering from camp diseases.

Not only did they participate in nearly every famous battle of the war, but they acted heroically at critical times in many of them and helped determine the outcome of the battle and the war. They experienced horror, hardship, or victory at Bull Run, Antietam, Gettysburg, Vicksburg, Sherman’s March to the Sea, Nashville, and more.

Unlike soldiers from Pennsylvania or Georgia, many of the Steele County soldiers also had to fight in Minnesota’s own civil war, the US-Dakota Conflict of 1862.

In this extensive account of their experiences, the reader will feel an intimate relationship with the Steele Countians—both soldiers and their loved ones—who experienced America’s worst self-inflicted crisis and who had a very real impact on the war’s outcome. From touching love letters to humorous stories to sad recollections of surgeons and chaplains, Steele County in the Civil War brings their story home and makes it personal. 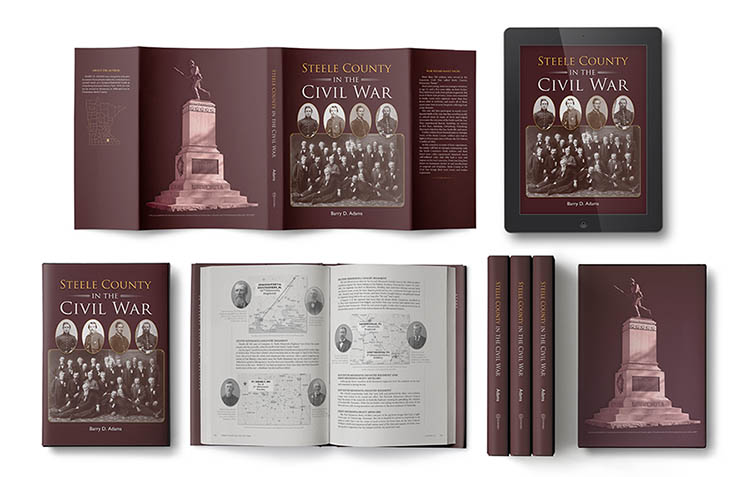