In 1923 Alpha Phi counted twenty-six installed chapters, twenty-five of which were still active. In its mid-years, eighty-three new chapters were added. The Fraternity that began with its Original Ten had 4,932 initiated members by 1922; by 1972 the number rose to 55,337.
Volume II of Alpha Phi’s history explores the forces and faces that affected Alpha Phi International Fraternity during its second fifty years, as well as influences of history and the National Panhellenic Conference (NPC) on the organization. Strong women, working together, found ways to keep the Fraternity vibrant and an important influence on the Greek community. These years were a time of worldwide turmoil, but the Fraternity faced the future with confidence as they kept in mind an old song, “Alpha Phi Toujours.” As society erupted with change, Alpha Phis stayed faithful, loyal, and steadfast to their ideals and their sisterhood. 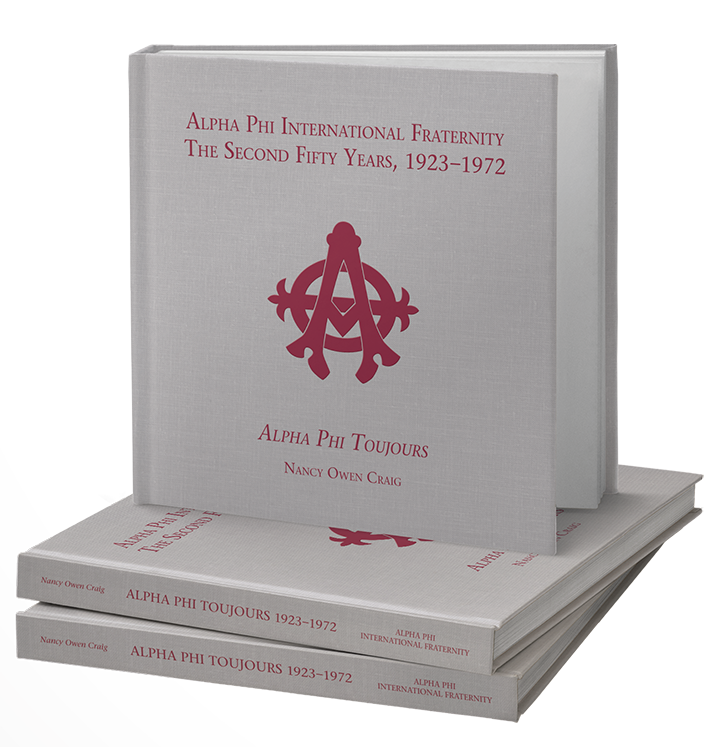